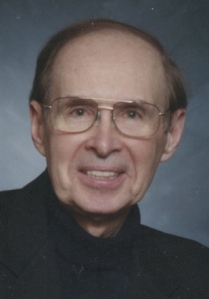 Born in Hazleton, Pennsylvania, he was the son of the late Stanley and Eleanor (Rauzi) Genetti and was a member of St. John Bosco Church, Sugarloaf Twp.

Ed started his career by becoming a busboy in the family-owned Tyrolean Room. He also worked on the family fox and mink farm and then in the Genetti supermarkets.

Ed graduated from the University of Pennsylvania Wharton School of Business, where he served in his senior year as president of the Psi Upsilon fraternity.

In 1961, he was called into the U.S. Army during the Berlin Crisis.

After his return, he developed Townview Estates in Hazleton, and in 1965, with his brother, Richard, he built and operated Pantry Quiks, the first convenient store chain in the area. In 1967, he built the Church Hill Mall in nine months. Ed also owned several AM and FM radio stations and started Panorama Magazine in 1981. At his death, he served as the chairman of the board of Genetti-owned enterprises and companies.

He was active in several civic organizations, having chaired the United Way Campaign in 1968. In 1978, while participating in the Action for the Eighties, he helped develop the project for the building of the senior community center in downtown Hazleton.

Ed had many interests, including importing Hanoverian horses from Germany and racing cars on the east coast. In his later years, he loved traveling, reading and history, especially the study of World War II.

Preceding him in death, in addition to his parents, were his first wife, the former Rosemary Gaudiano, in 2001, and his brother, Richard Genetti, in 1983.

A Mass of Christian Burial will be celebrated Saturday at 10 a.m. in St. John Bosco Church.

Entombment will be in Calvary Cemetery, Drums.